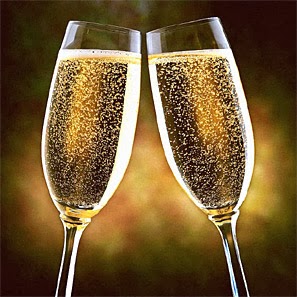 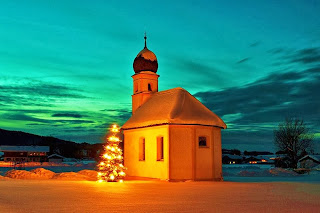 “O’Tannenbaum” Today let's take a moment to remember the German-Americans who first introduced our beautiful German Christmas tree to the U.S.A., and made it what later became a worldwide symbol of Christmas. When Americans celebrate Christmas; most are never made aware that the customs they use to celebrate are largely of German origin. In the very beginning the first Christmas trees seen in Amer...ica by other Americans were set up by German Hessian soldiers in 1776 during the American Revolution. The first record of the now traditional American custom of going out to cut down or buy a tree was established in 1821 when a Pennsylvania German family by the name of Hensel cut down a tree in Lancaster and brought it home to decorate. Little did these early German Settlers know that this very German tradition was to become a custom practiced by millions of American Christians of all ethnic backgrounds across the continent and of course later the world. The Saturday Evening Post once described Pennsylvania German homes where the trees were visible through the windows and the green boughs were laden with fruit and candles that sparkled into the night. It’s clear to see why other Americans would soon become mesmerized by the warmth and beauty of our German Christmas traditions. As the flow of German Immigration spread across the land, so did our beautiful Christmas tree along with our other German Christmas customs. The idea of having a community Christmas tree was first established in 1841 by Karl Minnegerode in Williamsburg, VA. He started a tradition that brings great pride to our community each year when the U.S. President lights the national Christmas tree. A German American by the name of Thomas Nast, also remembered in history as the father of the American Cartoon, created the first picture of Santa Claus. His image of Santa Claus became the symbol all Americans recognize to this day. Christmas wouldn’t look very much like Christmas as we know it without the influence of the German-speaking immigrants. Some other Germanic contributions are the wreath, ornaments, the tradition of gift giving, stollen, cookies, gingerbread houses, Christmas markets, advent calendars, Christmas Choirs, and of course some of the greatest music ever written, for example, Silent Night the most cherished Christmas hymn in the world. 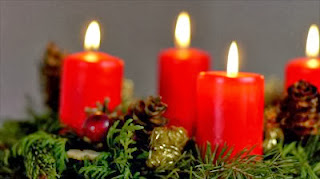 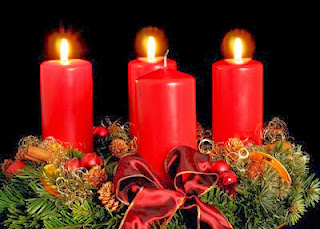 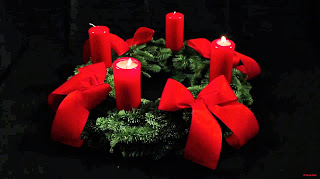 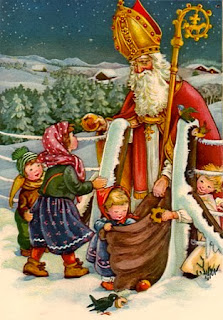 What did he leave in your shoes this morning?  Chocolate or coal? 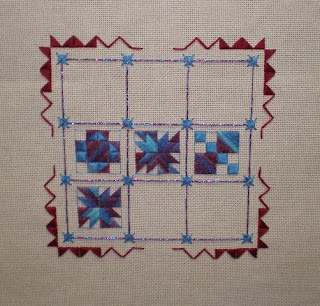 I stitched two of the squares on this piece.  Irene stitched the borders and square out lines as well as the center square and the bottom left square.  I did the squares to the left and right of the center.

This piece is done on congress cloth, and was a quick and enjoyable stitch. 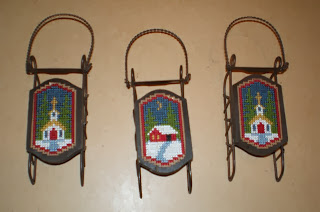 I stitched and finished three more sled ornaments this past week.  They are great little projects to take along.  This particular set was actually a house, a barn and a church.  Since we don't live in the country, and these will eventually be gifts, I did two churches and skipped the barn.﻿
Posted by Eva at 8:00 AM 3 comments:

Not too much progress this month.  Lots of other things needed to be done, and my stitching mojo was missing for awhile too.  December promises to be the same, a very busy time of year. 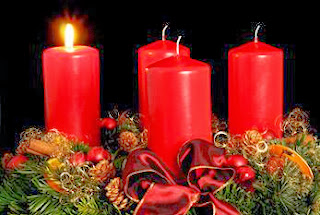